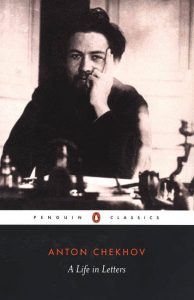 Anton Chekhov (1860-1904) was born in Taganrog, Russia and entered medical school in Moscow aged nineteen. While he was training as a doctor, he wrote humorous articles for weekly journals so that he could help financially support his parents and younger siblings. Increasingly he was drawn to writing serious drama and fiction. He is renowned as a master short story writer and playwright, whose fiction and drama explored the complexities of character and the often hidden depths of meaning in life. Chekhov practised as a medical doctor throughout his life, dying from tuberculosis aged 44.

What made Chekhov’s writing so powerful? Rosamund Bartlett, in her introduction to Anton Chekhov: A Life in Letters, considers that his appeal was partly “his lack of pretentiousness”, largely, she considers, a result of the “practical, down-to-earth objectivity Chekhov acquired in his medical training”.

He wrote no vast novels in which he attempted to solve the problems of existence or fathom the forces of world history. He had no particular axe to grind about how people should live their lives, but, like the good doctor that he was, he had a superb ability to diagnose what it was that prevented people from finding happiness and fulfillment and a unique talent for pinpointing it in a clear-sighted way that was at the same time immensely gentle and compassionate… Chekhov wrote stories and plays about … ordinary people with ordinary problems.” 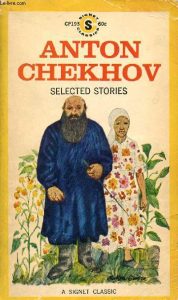 Chekhov himself had an ‘ordinary problem’, at least for the times. He was diagnosed with tuberculosis in 1897, but suffered symptoms for many years before that. In 1888 he wrote to his friend Alexey Suvorin about his chronic habit of coughing blood:

I first noticed it three years ago when I was attending the [Moscow] circuit court: it went on for about three days and caused quite a commotion in my soul and in my home. There was a lot of blood. It came from my right lung. Subsequently I’ve noticed some bleeding once or twice a year, and sometimes there has been a lot of blood, by which I mean what I cough up would be thick and red, but sometimes not that much … The day before yesterday, or the day before that, I don’t remember exactly, I noticed some blood in the evening, but today it has stopped. I get a cough every winter, autumn and spring, and on damp days in the summer. But the only time it worries me is when I see blood: there is something about blood flowing from the mouth, like the glow of a fire.”

Although Chekhov the doctor would have clearly understood what the bleeding signified, Chekhov the ‘ordinary man’ opted for ordinary denial. “If the bleeding I experienced in that circuit courtroom had been a symptom of incipient consumption,” he wrote, “I would long ago have departed this life – that is my logic.”

But for all his calming words of logic, it is Chekhov the writer whose words reel down through time, the fire-glow bleeding as fresh and horrifying as the day of his hemorrhage. And it’s Chekhov the writer who diagnoses from this ghastly symptom that most human of maladies: commotion in the soul and in the home. Exploring these commotions would prove to be his life-long literary subject.

Sue Wootton is co-editor of Corpus.