Sir Cedric Stanton Hicks was a teenage pioneer in radio transmission, a noted researcher and expert in nutrition (knighted for his work), and a tour de force in nutrition and catering for the Australian force during the Second World War. He was born in 1892 in the Mosgiel nursing home of his grandmother, Adelaide Hicks, and lived with his parents in Ravensbourne, a suburb of Dunedin. His father was a photographer and journalist for the Otago Witness. The young Stanton Hick’s junior education was at a Ravensbourne school, from where he earned a scholarship for secondary schooling at Otago Boys High School (government funded secondary education didn’t come in until 1913).

In his mid-teens, at a time when shore-to-shore wireless had yet to come to New Zealand, he and two friends developed an interest in wireless transmission. They read up about it at the Atheneum, gleaned the necessary materials from around Dunedin, and each built a transmitter and receiver. One was at Ravensbourne, one at Andersons Bay, and one at Caversham. News leaked out, and in 1908 they were asked to demonstrate to the mayors of Dunedin and Ravensbourne, the shipping companies, the harbourmaster and others. The demonstration was a great success, and they transmitted a message for parliament. This was relayed on by telegraph and they received congratulations from the prime minister. A 4,560 word article in the press reported the achievement.

END_OF_DOCUMENT_TOKEN_TO_BE_REPLACED 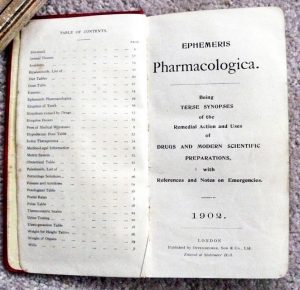 Adelaide Martens was born in London in 1845, the daughter of a sugar baker. There is little known of her early years, but when she was 17 she decided to emigrate to the antipodes. She obtained work as a stewardess and sailed to Australia, then on to New Zealand. While working as a stewardess on coastal boats between Invercargill and Christchurch she met Henry Hicks, a cook and steward on the same ship. His mother was English, and his father a freed Afro-American slave. Adelaide and Henry were married in Invercargill and moved to Dunedin, to live in Leith Street.

Henry continued his work on coastal boats and Adelaide obtained domestic work. In 1884 they moved to Mosgiel where Henry worked as a woodsman in the Big Bush. They had nine children, and when the youngest was still a toddler, Henry was kicked by his horse. He died from internal hemorrhage, leaving Adelaide with a large family and no certain work. At the time of Henry’s death they were living in a small house on the edge of the bush near the Silver Stream, and when this stream flooded she put the smaller children on the kitchen table to protect them from drowning. This experience encouraged her to shift into Mosgiel and higher ground.

END_OF_DOCUMENT_TOKEN_TO_BE_REPLACED 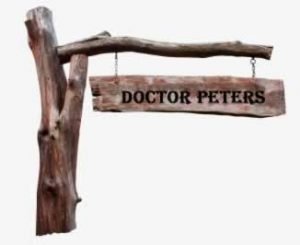 Stewart Peters was born in Scotland about 1860 and studied medicine at Glasgow University. He passed the first two professional exams but left the course before the final exam. He found work as a ship’s surgeon on a whaler named Resolute, which sailed to Davis Strait, between Greenland and Newfoundland, to carry out whaling for a season. There is a sequel to that later.

On his return to Dundee he decided to find work in New Zealand and sailed there on the SS Wellington in 1883. Gold had been discovered in Otago twenty-two years previously, and Dunedin, Mosgiel and Outram were thriving as support centres for fortune hunters on their way to the goldfields. END_OF_DOCUMENT_TOKEN_TO_BE_REPLACED 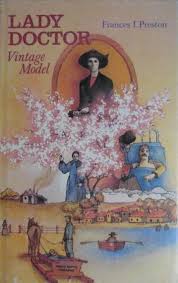 In March 1917, a school leaver called Frances McAllister travelled from her North Island home to the southern city of Dunedin. She was one of seven or eight females among thirty new entrants at the Otago Medical School. (The 1917 intake was much smaller than usual due to military conscription.) McAllister graduated as a doctor in 1922. Her memoir (published under her married name Frances Preston), Lady Doctor, Vintage Model, is a fascinating window into New Zealand life in the first half of the twentieth century. As the blurb puts it:

The early days of New Zealand medicine were not for the squeamish. Tuberculosis, hydatids, osteomyelitis and syphilis were common, bush-felling and saw-milling accidents abounded, and the 1918 Influenza Epidemic cut a swath through the country.”

END_OF_DOCUMENT_TOKEN_TO_BE_REPLACED

In 1897, Margaret Cruickshank became the second woman graduate of the Otago Medical School in New Zealand. (The first was Emily Siedeberg, who had graduated the year previously.) Dr Cruickshank registered as a General Practitioner, and was the first woman GP in New Zealand, practising from 1897-1918 in the small South Canterbury town of Waimate.

When the influenza pandemic broke out in November 1918 Dr Cruickshank worked day and night treating patients who had fallen ill. Late in the month, she herself caught the disease and died of pneumonia, a complication of influenza, on 28 November.