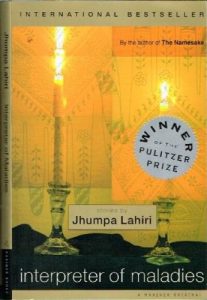 Hello. I am a protein biochemist, researching ways to prevent infections in surgical implants. I am also a poet. I have been writing poetry since I was eleven (so, about half is adolescent angst) and have been a laboratory scientist for the last four years.

In the public school system where I am from, students were separated at fifteen into the science stream, where you learn biology, chemistry and physics as core subjects, and the arts stream, which lumped subjects like accounting, economics and literature together. Students who excelled in the major examinations they had that year went 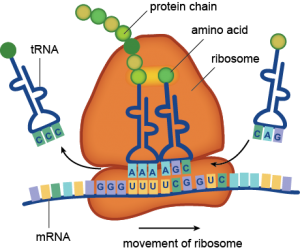 to the science stream but could opt for the arts. Arts students did not have that option. Being the student I was, I went science. This was all well and good, but the first time science was beautiful to me was when I learned how the ribosome links amino acids together to form a protein and the myriad structures a protein could have based on just twenty of them.

For me, science and poetry never had that demarcation that school enforced. They are both ways of thinking about the world we live in with care and observation. As communities, they both suffer from elitism and impostor syndrome, difficult experiences for the writers and scientists on the receiving end. Science and poetry are the same because they are both human endeavours with all the curiosity and fallibility humanity brings.

The simplest form of the scientific method is something we all use everyday by asking a question and finding an answer. If the answer is insufficient, improve the question and method to answer it. So if you think you’re not a scientist, you are. I happen to be one particularly trained to study protein structure and function.

The humanity of science means it is flawed by default. Current scientific theories cannot account for many things. Whether they will ever be able to, I don’t know. However, scientists have the responsibility to do good research. Experiments are often designed poorly, data misrepresented and statistics massaged into significance. It takes very little to detract from the slew of sound research that exists. Scientific data is not inherently good or evil. People’s interpretations decide that.

In the dilemmas we face together as a world, feelings so often mix with facts. Distinguishing the two is important. This does not mean that feelings should be rejected outright, but that they should be acknowledged and examined. Like any other skill, this requires constant practice and is difficult to master.

Poetry also acknowledges feelings about the realities of the world and continually asks why they are what they are. This allows us to inhabit those feelings and the world itself with awareness and can be a way to share with others. The strength of poetry lies in its ability to bond people intimately without the work of years that usually forge such intimacy.

Science and poetry are difficult but rewarding things to do, not just for the miles of effort it takes to gain an inch of progress but also because you must constantly question yourself about what you are doing and why. This is why they are the same to me.

Sometimes, an atom will have electrons

more to one side than the other,
causing a dipole moment to occur.

When another atom passes close to the first,

it’s repelled from the negative end.
The first atom is said
to have induced a temporary dipole
on the second.

These two dipoles will briefly
attract each other.
If they get close enough,
they may actually stick together.

Shereen Asha Murugayah: Born and bred in Kuala Lumpur, Malaysia, Shereen is currently pursuing a doctoral degree at the University of Otago. Her first published poem “Dunedin, October” was shortlisted for the Poetry Kit Summer Competition 2015.