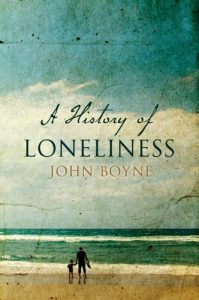 When I saw a book entitled A History of Loneliness I immediately had to buy it – imagining the way social interaction had changed over time might be revealed to me. It was, of course, Irish author John Boyne’s novel, a sensitive and compelling exploration of Irish priesthood that enlarged my understanding.

I have thought about loneliness most often in relation to the history of early women doctors. The Alexander Turnbull Library holds a wonderful collection of letters of women who trained in medicine in Edinburgh in the 1890s. The letters were carefully preserved by Dr Agnes Bennett who practiced in Wellington from 1905 until 1936, with interruption for distinguished service in the first world war. Those letters led me to write about the ‘corresponding community’ the women created in order to continue the companionship they had so enjoyed at the Edinburgh Medical College for Women. The letters enabled them to maintain the sorority they had established as they embarked on their often lonely careers. Early women doctors were often exiles from the communities in which they were raised and from those in which they ended up practicing. Their male colleagues rarely welcomed them and as single women they were treated by suspicion by the wives of male colleagues. 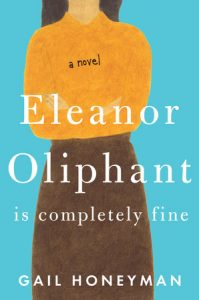 One of Dr Bennett’s classmates, Dr Eleanor Sproull, wrote to her in in the early 1900s about her depression, ‘a great deal due’ she noted ‘to the want of human fellowship’. Dr Sproull was a school medical officer in one of the few avenues readily available to women doctors. She lived alone in Bromley, Kent, and found she spent days speaking to no one ‘except for a few words to the children I examine’. Dr Sproull found companionship in the women’ movement and then in conversion to Catholicism. She joined the Sisters of Mercy in 1916 and there found ‘a sense of restfulness, of stability’.

The history of loneliness has not yet been written, but there are resonances between the early 1900s and today. Award-winning Scottish author Gail Honeyman said that her inspiration for her 2017 novel Eleanor Oliphant is Completely Fine came from ‘reading a newspaper article about loneliness’. She was struck by an interview in the article with a city-based young professional woman who often spoke to no one between the end of work on Friday and its beginning again on Monday. So the novel became an exploration of the difficulty of forging ‘meaningful human connections’. This theme clearly resonated with a wide audience: the novel has been a bestseller and translated into a number of languages.

In January 2018, the British government appointed a world first ‘Minister of Loneliness’. Despite the proliferation of social media with online ‘chat rooms’, and the ubiquity of mobile phones, about 14 percent (or nine million people) in Britain ‘often or always’ feel lonely. Before her assassination on the 16 June 2016, British Labour politician Jo Cox had set up a commission on loneliness believing that something had to be done to combat social isolation and break down boundaries. She herself had experienced loneliness and depression at university and witnessed people suffering from social isolation in her constituency. The commission’s report, in which can be found inspiring examples of individual and community action – from a simple commitment to visit someone to community gardens and intergenerational sharing of digital skills, can be found here

Barbara Brookes is co-editor of Corpus.