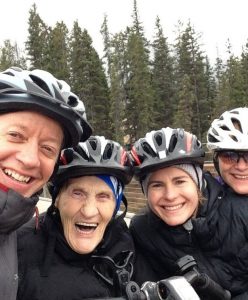 For the past ten years, I’ve been a physiotherapist at Mineral Springs Hospital in Banff, Alberta; Canada. Witnessing long term care residents live a mostly sedentary life did not resonate well with me. I saw the effects repeatedly: deteriorating functionality and simple lack of satisfaction with daily living. Some people would beg me to take them outside and, once there, they would lament that they were no longer able to walk around and enjoy their surroundings. Despite often severe disabilities, it was obvious that residents still craved opportunities to be active outdoors.

In 2015 I attended an Exercise Prescription and Aging conference. There I learned some hard data about Canada’s fast-aging population. According to Statistics Canada, the number of 85-year-olds will more than double between 2016 and 2036. By 2036, 62 percent of all healthcare spending will be on those aged over 65. Furthermore, while many adults are healthy in their later years, there is also an increasing number of seniors living with fraility. Frailty comes with more complex health challenges. Both social connectivity and physical activity are necessary components for healthy aging for any adult over 65 years, whether or not they are frail.

END_OF_DOCUMENT_TOKEN_TO_BE_REPLACED 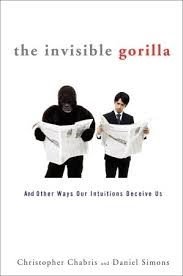 The Invisible Gorilla by Christopher Chabris and Daniel Simons challenges many preconceptions about our certainties of the world. The subtitle, And Other Ways Our Intuitions Deceive Us, describes what the book is all about: how we can be lured into a false sense of believing ourselves correct in many aspects of our lives. The authors describe the fragility of memory; how recall seems to us like an unedited video, but is instead a continuously updated and altered process with errors added all the time. We should never be certain of past events unless there is robust corroboration. Professors admanant they knew exactly where they were when the Twin Towers were attacked were mistaken. Eye-witness testimonies taken very soon after events can differ remarkably. The examples go on.

After reading The Invisible Gorilla I now preface every statement involving memory with a comment along the lines of “As far as I recall”. So when I say that, as far as I recall, the last thing I remember before regaining conciousness in the Emergency Department was seeing  a car heading straight towards me and thinking “I’m not certain that car should be there,” I might be mistaken. However this is the image that still wakes and haunts me in the early lonely hours.

END_OF_DOCUMENT_TOKEN_TO_BE_REPLACED 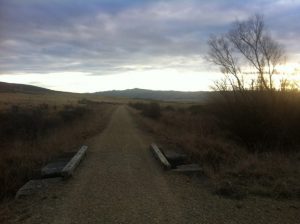 It’s a fine line – to exercise or not. Outside, the sun lowering, the bank of clouds dulling the light, the day almost over. Yet inside, where I’m working at the computer, such lethargy … I can hardly bear to think of moving. Just take the mountain bike and ride twenty minutes up the rail trail and back again, I tell myself. I coax myself the same way when I’m writing – just write for ten minutes – and then put down the pen to find forty minutes have passed. I remind myself it’s always thinking about it that’s the hardest.

END_OF_DOCUMENT_TOKEN_TO_BE_REPLACED 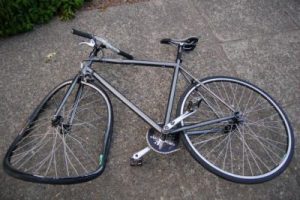 One day when I was seventeen I woke up in a hospital. The ward was long and echoey. Far away, I saw a nurse’s station with a couple of figures moving behind its glass. Mine was the last bed in a row of identical beds, next to a window. It was a windy, cloudy day. The last thing I remembered it had been evening, and I was at home.

My head was sore and weighty. I closed my eyes. Rather, my eyes closed. The next time I woke it was to my mother’s voice. I heard fear in it despite her attempt at humour. “Oh Susan,” she said, “how could you have an accident in those awful dungarees?”