Mum was 91 when she died in June 2011. She’d been relatively well, but a fall put her in hospital, where she contracted pneumonia. She’d never completely recovered from the shock of Dad’s death, sixteen years earlier. That her life continued in his absence seemed to her to be perverse. So when it became clear that these were her final days, she looked forward to reunion. For her, there were no doubts. Her concern was then to tell each of us who gathered that she loved us, to talk to us about our wellbeing in the days to come. There was calm, generosity, grace. If a death can be beautiful, this one was.

So my grief was more for myself than for her. She did not want longer life. But there is no preparation for the loss of a loving mother. And it was more than that. Until then, I hadn’t realised that my view of my parents was still my child’s view of the single unit, Mum-and-Dad. As long as Mum was here, then so was Dad in some strange way. Then they were both gone. Completely.

END_OF_DOCUMENT_TOKEN_TO_BE_REPLACED 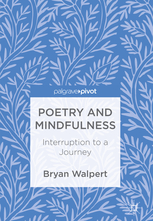 Whatever the advantages of the internet and the many technologies we use to leverage it, there is growing evidence that we are paying a price in distraction and in neurological changes that are affecting our ability to concentrate, to follow lengthy arguments – and perhaps even to empathize with each other.”  – Bryan Walpert, Poetry and Mindfulness.

We citizens of the so-called developed world are living through a rapidly changing, fast-paced and information-dense time. We can trace the effects of this in our daily language. In a relatively short length of time, the digital age has appropriated certain key words, turning once qualitative terms into quantitative ones, and stretching the former meaning of words like ‘connection’ and ‘friend’ almost to breaking point. (I think also of terms once the province of human anatomy and communication, like ‘digital’, ‘fingerprint’, ‘face recognition’ and ‘voice technology’; and the emotional words ‘like’ and ‘love’.) Ostensibly we are the most connected and informed generations ever, yet loneliness, stress, cynicism, anxiety and depression seem endemic.

END_OF_DOCUMENT_TOKEN_TO_BE_REPLACED 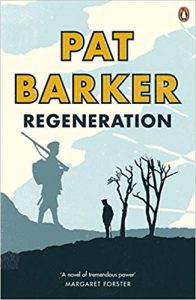 Regeneration by Pat Barker was first published in 1991. It is the first of three novels (known collectively as The Regeneration Trilogy) set during and after the First World War, and explores the experiences of British officers suffering from ‘shell shock’ who received treatment at Craiglockhart Hospital near Edinburgh.

Regeneration centres on the radically new treatment provided at the time by the real-life psychiatrist and neurologist W. H. R. Rivers, whose approach was based on his research into nerve regeneration. Craiglockhart patients included the poets Wilfred Owen and Sigfried Sassoon, who also feature in Barker’s novel. 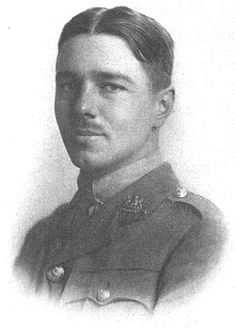 Regeneration is a terrific, absorbing read. In lucid, measured prose, Barker brings alive both the suffering of the soldiers and the specific challenges faced by hospital staff. She vividly conveys contemporary attitudes to war and patriotism, and medical theories about shell shock and its treatment. She also brings alive the setting of Craiglockhart, where, in real life, Wilfred Owen began to compose his poem “Dulce et Decorum Est” in 1917. The title is from a line by the Roman poet Horace. Owen uses the whole quote to conclude his poem. Dulce et decorum est pro patria mori: ‘it is sweet and honourable to die for your country’.

This poem always bears rereading. It never loses its power to remind us that the choice to wage war has a terrible price. On the centenary anniversary of Armistace Day, a hundred years since the guns at long, long last fell silent on the Western Front, we can perhaps best honour those thousands who suffered by reflecting on Owen’s call to question the ‘high zest’ of adversarial political and patriotic rhetoric. This is a poem for peace. END_OF_DOCUMENT_TOKEN_TO_BE_REPLACED 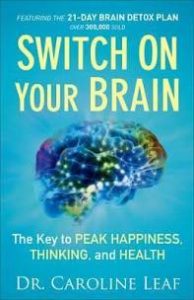 It’s a difficult book for me to endorse because it’s not secular. Caroline Leaf quotes the Bible throughout and is very sure. I’m wary of anyone who’s sure of anything. Yet I learnt from engagement with the deep focused thinking programme she outlines. I’ve puzzled over this, a lot.

END_OF_DOCUMENT_TOKEN_TO_BE_REPLACED

Aspiring Daybook by Annabel Wilson describes a year in the life of a young New Zealander, Elsie Winslow, whose carefree travels in Europe are interrupted by a phone call:

A phone call in the middle of the night. Not a good sign.
Out of context, the wrong time, too early or too late.
Malevolent omen. So often the sound of bad news. 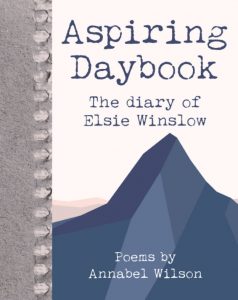 And it is bad news. Elsie’s brother has cancer. She boards a long haul flight, heading home to help look after him. Time, place, light – all these reliable fundamentals seem to be falling apart. “I’m on a plane, going forward in time, back into the past … Today is New Year’s Day, and it’s getting erased.” Elsie’s journal becomes a kind of touchstone, or navigation tool, for piecing together a new reality on the other side of this catastrophic news.  END_OF_DOCUMENT_TOKEN_TO_BE_REPLACED