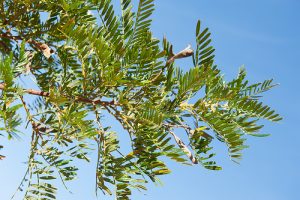 buried under a wait of exhaustion
there is no fragrance in my words
fold the flowers away,
the sun shines
why do I hear rain?

Illness has been a common thread throughout my life, that of those close to me or my own. It set me on a course that would ultimately prove against me, yet I determined to grow up strong, healthy and financially independent – if it killed me.

When I was doing post-graduate work I developed what was a flu-like illness with extreme exhaustion and weakness. It would not be shaken off. Told to push through it by the doctor, desperate to recover, and not knowing what else to do I followed that advice, much against inclination. A few years later I discovered this was the worst approach to recovery I could have taken. I worked until I physically collapsed, over and over. No-one had any answers although many laid claim. I did everything I could, used up all reserves of energy, strength and money. I looked strong and healthy, felt like I was dying.

People did not believe what I told them. It contradicted the evidence of their eyes.

The irony was I had been working at the hospital. I would be sent to the Emergency Department where nothing would be found wrong, then sent home, humiliated, frustrated and filled with fear.

I forgot how to walk automatically, had to mentally remind myself to lift my foot, move it forward, put it down. Barely able to walk I struggled to keep myself clean, fed and at times, had trouble talking. I lose the connection between thought and word when the exhaustion is extreme. Thinking is often foggy and difficult. No longer able to work I also lost touch with friends, unable to keep up financially or physically.

I had no family to turn to and could trust neither my body nor my mind. It was terrifying. Illness not only consumed my life, it was immensely slow and boring. It bored others too.

At one point in time, a group of runners ran passed my bedroom window daily. I looked for them, legs pumping, chatting back and forth and imagined myself running. I did a lot of visualisation, seeing myself strong, healthy, active, doing all the things I craved. I hungered to work. To be financially independent, to give back.

Decades passed buried under a weight of exhaustion, pain and weakness, each minute achingly slow.

I had learnt early the value of books and remain extremely grateful. Reading was a joy. Around about the age of seven I decided I wanted to be a writer. This longing never left although for lengthy periods I have endured enforced silence, all my energy going into survival. To this day I have times when only extreme determination enables me to walk from the bedroom to the bathroom and collapse back into bed, shaking. I dutifully kept a diary, mainly to keep track of what I had eaten and my activities, such as they were, in an effort to find a pattern to account for my weakness.

The habit stuck and I find it very useful now my memory has become so frail. The writing I wanted to do was impossible. So many days passed when all I could do was lie and read or watch the sky. I particularly loved to watch the wind move through the Virgilia tree over the road. Books were a solace and a temporary escape from torture. I inhaled whatever I could find. Anything humorous in particular. I developed a black sense of humour, practised laughing at my situation whenever I could.

I loved reading poetry but found it a mixed blessing, it highlighted my frustration and inability to write. All my attempts at prose failed. For some unknown reason poetry is easier, maybe it accesses a different part of the brain. 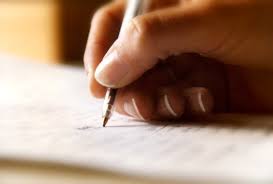 I sucked dry the poems I read. I learnt to live in the space between words and the music between raindrops. I found a joy in stillness I might never have known but I still found few people interested in the same things. Most lives were about doing and achieving. So many thoughts unable to be put into words, spoken or written, had built up and they hurt. They ached for expression but found no way out, for decades. I had become my own living nightmare. I listened to and supported others wherever I could. It was another escape.

In a country where sport was the national god, brought up in a culture where work was valued, going on the Sickness Benefit was shameful. I learnt things in myself and others I would have been happier not knowing. My detritus of symptoms, along with poverty, contempt, rejection and loneliness, buried and savaged me for a long time. Eventually, I came to the acceptance that things are. People are and we are all human together. It helped to turn sixty-five and no longer have to account for why I am not working when I look so well, to no longer be afraid of losing financial support.

Throughout, I was determined to recover and make something of value out of these charred ruins – even charcoal. Now, still chronically ill, my parameters have shifted. I live to read, and I write. Writing about this was often daunting – it is hard to make sense for others that which makes little sense to me. Yet, despite everything, I love life.