Technology is nothing. What’s important is that you have a faith in people, that they’re basically good and smart, and if you give them tools, they’ll do wonderful things with them.” – Steve Jobs

I am in my final year of high school and studying photography. This year, I am exploring the growing use of technology, especially in the ever-evolving world of surgery. I want to explore technological developments in the medical world, where robots have begun to take over the tasks of humans. Advanced surgical robots have already begun helping doctors, and there is a high chance that, at least for simple, repetitive procedures, robots will soon be able to perform the whole procedure.

In my work, I have used a hooded character to represent technology. The hooded, faceless ‘hacker’ plans to take over the surgical field with their new technology, and slowly  make human surgeons obsolete. This character is found lurking in the back of the surgical theatre while a human surgeon is performing. The distance between them slowly decreases, until the ‘hacker’ and their technology has taken over the tasks of the surgeon.

While it may be frightening to think your next operation may not be performed by a living, breathing, human, the use of robots in the surgical field has many potential benefits. These include: accuracy; less blood loss from the patient; and smaller incisions and thus a much smaller scar. As well, the use of robots for simpler surgery allows human surgeons to focus their skills and energies on more complex procedures.

At this stage, humans must still be in the theatre while the robots are performing the surgery, with most robots controlled by a doctor. But as the robotic industry increases within the medical field, the robots will be able to start performing surgery on their own accord, with a trained technician watching over the procedure.

Research suggests that robotic surgery can be safer than human surgery. With a human surgeon there is a 90% survival rate, while with a robotic surgeon, the survival rate jumps to 95%.  But technology does not always get it right: whether it’s the programme crashing or a power outage, things can go wrong. These are some of the many  ramifications of introducing technology into medicine that I am exploring in my art. 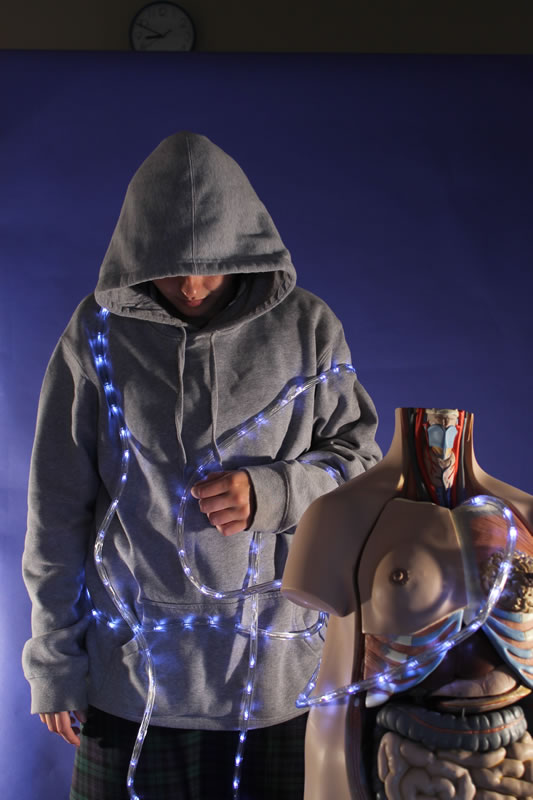 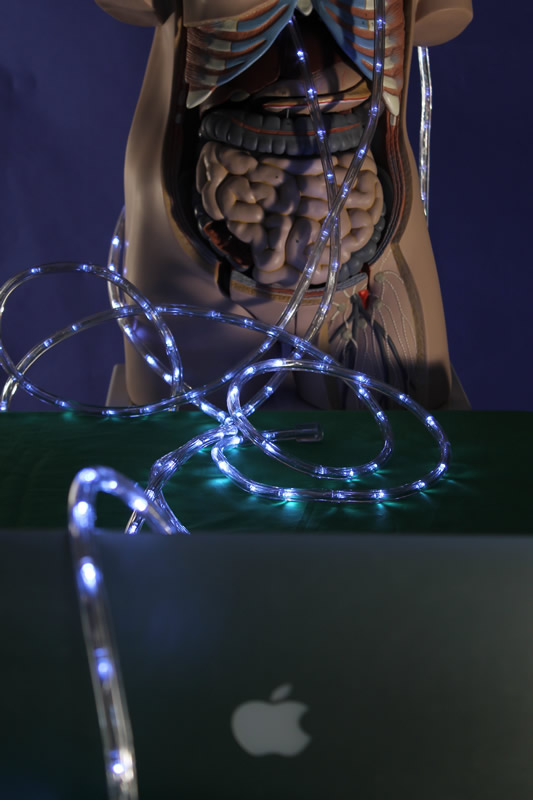