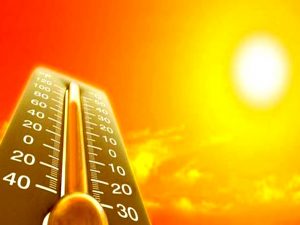 Professor Kjellstrom noted that the health impacts of increasing global temperatures have not received sufficient attention, especially given the scale with which they will occur. For example, nearly a third of the world’s population now live in areas exposed to deadly heatwaves. This is expected to grow to 48% by 2100, even if emissions are significantly reduced from what is currently projected. Marked escalation in the occurrence of deadly temperatures will therefore happen within the lifetime of children born today, a timescale we do not often consider in such personal terms. 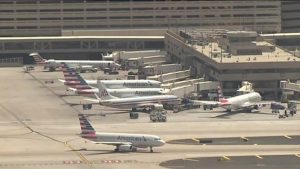 We are starting to hear more about the general effects of rising temperatures, including in countries that are seemingly more capable of adapting to such effects. The recent grounding of flights in Arizona due to extreme temperatures clearly demonstrated that climate change is already negatively affecting key infrastructure. However, while discussing the heatwave and its specific health effects, CNN described the event as “rare”, and failed to mention the relationship between climate change and such weather extremes.

In his research, Professor Kjellstrom has focused on workers in those countries most vulnerable to rising temperatures. Of particular concern are those working outdoors, in heavy labour, or at risk of increased exposure to chemicals, which evaporate quicker in warmer temperatures. While approaching the issue from a health perspective, Kjellstrom argues that if research can be used to show the impact of rising temperatures on worker productivity and GDP, this may give policymakers in key countries such as China and India even greater incentive to significantly reduce their emissions. 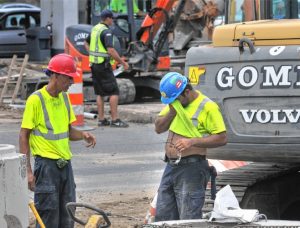 It may feel somewhat misguided for public health experts to focus on economic impacts. However, the complex relationship between climate change and deadly heatwaves can mean that people struggle to link the two, particularly given that climate change essentially just exacerbates already naturally occurring events. Further, given that the worst effects will occur as time progresses, protecting ‘future health’ is a somewhat abstract concept that makes it hard for people and policymakers to assign the necessary urgency. The challenge is successfully promoting present-day sacrifice for future benefit.

It is also important here to consider New Zealand’s position. It would be unwise to write off our responsiblity to take action by focusing solely on the emissions of other countries. We are by no means immune to the effects of climate change, particularly those flow-on effects of mass forced migration, global instability, and the health effects associated with these social, economic and political upheavals. As the country with the seventh largest per capita emissions, New Zealand has a moral obligation to do its ‘fair share’. Given the devastating effects of climate change for our neighbours in the Pacific, our leadership is particularly vital. Strong efforts to reduce our emissions will also put us in a better position to apply political pressure on other countries to take comprehensive action. Our current ‘inadequate’ emissions rating by Climate Action Tracker completely undermines any credibility we have to be assertive about climate change on the world stage. New Zealand’s greatest contribution to mitigating the devastating health effects of climate change may therefore come from the symbolic message that a significant reduction in our emissions would send to other countries; there is no excuse for inaction, and urgent action is required – yesterday.

Sarah Harrison is based in New Zealand’s University of Otago’s Department of Preventive and Social Medicine. She has just completed a Master in Public Health degree, which focused on how New Zealand’s online media discusses the relationship between climate change and health.